2015 has been a busy year for this blog’s sister label Call And Response Records, with new releases from the label itself as well as a couple of excellent new releases from bands and labels we like in the distribution section. 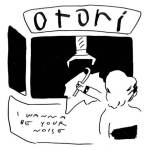 Otori: I Wanna Be Your Noise (CD)

This blog’s album of the year for 2014, Otori’s tightly-wired, laser-guided debut was a long time in coming, and turned out to be well worth the wait. These eight controlled explosions take earsplitting no wave ferocity and bottle it, deploying the fury with deadly precision and focus. (Gyuune Cassette, 1620yen) 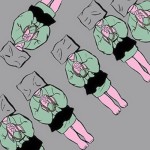 You Got A Radio: Carnival (CD)

A follow-up to You Got A Radio’s 2010 self-titled debut, Carnival draws on similar postpunk and new wave influences to its predecessor, but synthesises them into a darker, more portentous sound that shares elements of similarity with Joy Division and Magazine. The songwriting revels in this darker palette, with melody and discord playing off each other to dynamic effect. (Drriill Records, 2160yen)

This five-song EP is the solo project of Sean McGee, who in addition to his own music plays drums with a number of bands in the wider Call And Response circle. Sharkk draws together a variety of alt-rock and punk influences with a clear, pop songwriting sensibility. (Call And Response, 500yen) 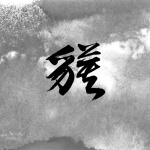 Lo-shi are a Tokyo-based French instrumental duo, whose unsettling soundscapes combine electronic beats, samples and effects with ringing, reverb-heavy guitar. This album it themed around the nightmare-eating creature of Japanese legend, in a cathartic journey into a dark dream world. (Call And Response, 2000yen) 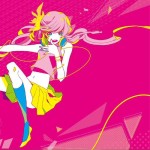 Combining heavy metal, J-pop and shoegaze influences in one album, Looprider’s debut is a bold, brash statement of the band’s refusal to be tied down to specific genres and scenes, but it’s also a carefully crafted pop album that for all its eclecticism is never less than plain and direct in its accessibility. (Call And Response, 1500yen)

Call And Response Distribution: New arrivals from Half Sports and You Got A Radio

There are some new arrivals in the Call And Response online store now. As with the first batch of CDs I got in stock, they are all loosely in a postpunk/new wave sort of zone, but each offers something a bit different and again, all of them are bands I personally rate and am happy to recommend.

The three new CDs are (click the photos to go to each CD’s page in the Call And Response Store): 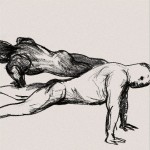 You Got A Radio

New wave/postpunk band You Got A Radio’s self-titled 2010 debut album. You Got A Radio are mainstays of the Japanese postpunk/new wave scene and through their Tokyo Noise events have done a lot to support other bands in a similar vein. This album is pretty much the definitive recorded document of their sound, and it’s fun, spiky and energetic, striking a balance between art-punk and offbeat pop. 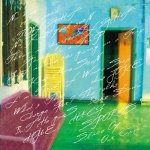 Slice Of Our City

Half Sports’ debut Slice Of Our City was one of this site’s best albums of 2012 and it still with all the benefits of hindsight resonates with the same unbridled energy and outright tuneful joy. Released through You Got A Radio’s Drriill label, it’s also another example of the way one band’s support of their peers can produce creative dividends. 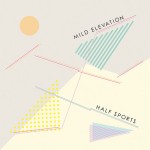 Mild Elevation is Half Sports’ 2014 follow-up to Slice Of Our City, and it retains the same confidence with a catchy melody and an anthemic chorus, but this time sees the band incorporating slightly more psychedelic pop elements.

Tagged as Call And Response Records, Distribution, Half Sports, You Got A Radio

Getting hold of indie CDs from Japan — Call And Response Distribution

In the course of writing this blog, I occasionally get messages asking where people can get hold of the music I review, and while Bandcamp has been a wonderful thing in facilitating distribution of indie music all over the world and giving listeners the opportunity to pay bands and labels the bare minimum they actually deserve for their work, there is still a lot of music where the answer is simply, “Japan. If you’re lucky.”

In the past there have been attempts by indie music entrepreneurs to set up online distribution systems for Japanese music in the form of music download stores, but from conversations I’ve had with they’ve tended to run into problems firstly with the fan community, as new releases instantly get shared over fan forums with sales dropping to zero within just a few days, and secondly with record labels, as especially major labels but also many indies, can be exceptionally fussy and controlling over their product, to the point where it becomes more of a hassle than it’s worth to work with them.

A third problem, at least from my subjective position, is that these stores have tried too hard to give fans what they want. From a business perspective of course this makes obvious sense, but honestly, fans of Japanese music as a collective group have pretty horrible taste. I’m utterly opposed to any music business model that involves following what the audience wants (as a non-coincidental adjunct to that, I’m also deeply suspicious of any music business model that makes money). People have got way to used to the notion that “the customer is always right” and are well on the way to embracing the Japanese notion that “the customer is God”. This is questionable at the best of times because it devalues the workers’ experience and rights, and it’s especially inappropriate in the world of the arts.

Now I love so much music in the Japanese indie and underground scenes, and I want people to hear it, so since I already have an online storefront for selling my own label’s CDs, it was easy enough to expand the store to include a Distribution section where I can make available some of the music I write about on this site. I shan’t be selling downloads — that’s up to bands to decide and set up for themselves — and I shan’t be dealing with any record labels that give me even the faintest hint of hassle. All music I make available will be from local Japanese artists and labels I’ve personally selected and recommend, so make sure to adjust your taste filters accordingly.

There are currently four CDs available. 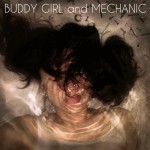 First up is Buddy Girl and Mechanic’s sexy, psychedelic, kraut-blues debut, which I raved about last year and was one of my top releases of 2013. Not much I can add to what I’ve already written about this other than that it’s great and that they’re an utterly singular and compelling band, unique in the Japanese indie music scene. 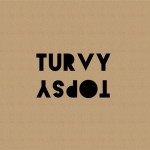 Also available is Topsy Turvy, Buddy Girl and Mechanic’s second mini album from this summer (which I wrote about here). A more intricate and claustrophobic record than the band’s eponymous debut, it expands the range of sounds they play with while retaining the interplay between organic and mechanical elements that is their signature sound. 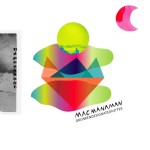 The third CD is Fukuoka-based instrumental post-rock band Macmanaman’s ferocious live album Drunkendesignatedhitter, with the live recording environment really capturing the band’s virtues in their best light. I interviewed them earlier in the year around the release of this album, and as we near the end of the year it’s still holding its own as one of the most impressive underground releases of the year. 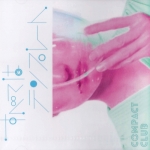 Lastly, we have new wave art-popsters Compact Club’s Subete wa Template EP (review here). Drawing on influences like the Plastics, Devo  and especially P-Model, but with a skronky, postpunk edge, they’re one of my favourite new bands, this is their debut release, but there’s hopefully going to be great new stuff coming from them.

This store is never going to be anything other than a narrow, tightly curated fragment of everything that’s out there, filtered through my own particular taste, but it will grow gradually as I add more stuff. Some new stock arrived today and I shall be writing it up and updating the store over then next week or so, and I’ll ensure I post any new arrivals here as they come in.