10. O’Summer Vacation – Wicked Heart
Navigating multiple lineups over the past few years, 2019 finally saw the chronically unsteady O’Summer Vacation finally unleashed an album’s worth of their particular brand of brutally short, jagged nuggets of breakneck bass-led shrieking. If you’ve seen the band live, you’ll know exactly what to expect from Wicked Heart. There’s a clear parallel with Melt-Banana here, although it’s the sparser 1990s Melt-Banana that O’Summer Vacation recall more than the richly layered guitars, blast beats and electronics of their more recent material. With no guitar to thicken up the sound, it’s left to Hirofumi Miki’s bass to carry much of the sonic burden, coaxing all manner of unexpected sounds from his instrument with the help of an array of effects and loop pedals. The results are a fierce, frenetic and raw twenty minutes of propulsive, surf-tinged bubblegum hardcore. 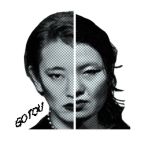 9. Gotou – Gotou
(Text taken from my personal blog)
Hailing from Hokkaido, Gotou did what so many promising Japanese underground bands do and released a marvellous album before immediately going on indefinite hiatus. It’s a shame, because this album really is something special. Drawing from the gloomier end of post-punk and German new wave, the vocals scrape the lower end of the singer’s range in a way that pays clear homage to Malaria! (the band declare this openly in their Twitter profile and even cover Malaria!’s song Your Turn to Run on the album) but while it may not be blessed with an overabundance of originality, this album stands out as something distinctive in the Japanese underground scene. 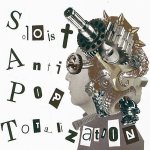 8. Soloist Anti Pop Totalization – S.A.P.T.
(Text taken from my personal blog)
This Tokyo-based artist takes his cues from the sound of early Mute Records artists like Fad Gadget and The Normal with his relentless machine rhythms, dentist drill synth intrusions and squirts of analogue electronic interference. About half the album is made up of experimental instrumental tracks, and where vocals emerge, they do so as a series of distant, lo-fi, Mark E Smith barks and utterances. There are moments too, on songs like Depression (Part 2) and Other, where the music slips into a more accessible and even pop groove, and this helps S.A.P.T. take the listener on a surprisingly diverse journey through its synthetic dystopia. 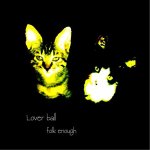 7. Folk Enough – Lover Ball
(Text taken from my personal blog)
This album by Fukuoka-based indie rockers Folk Enough is absolutely horrible to listen to, taking the lo-fi recording aesthetic to the sort of scuzzy extremes it hasn’t seen since Twin Infinitives-era Royal Trux. Swimming around in this sonic murk, however, are moments of fragile beauty that recall Lou Barlow at his most beaten-down, and moments of rock’n’roll swagger that hint at Jon Spencer at his most explosive. Across the whole album lies a sort of confused, alcoholic fug that means you’re never sure whether what you’re listening to is genius or a terrible mistake. Folk Enough’s secret is that it’s both.

6. Ignition Block M – Ignition Block M
One of vanishingly few new bands currently jolting underground audiences out of their jaded inertia, Ignition Block M share some roots with the excellent and sadly missed Pinprick Punishment (not to mention fellow Pinprick refugees My Society Pissed) and assault you from a similar position of ferociously energetic, riff-slashing punk rock with few complications but just enough jagged, art-swagger to keep keep the music from feeling to complacent in its genre. Add in a powerful, charismatic vocalist and a tight, propulsive rhythm section and you have the makings of potential breakout underground stars.